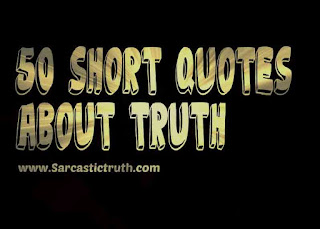 When in doubt tell the truth.
-Mark Twain


If you tell the truth, you don't need a long memory.
-Jesse Ventura


Truth is what stands the test of experience.
-Albert Einstein


When you want to fool the world, tell the truth.
-Otto von Bismarck


A lie stands on one leg, truth on two.
-Benjamin Franklin


The truth may be out there, but the lies are inside your head.
-Terry Pratchett


The truth isn't always beauty, but the hunger for it is.
-Nadine Gordimer


A few honest men are better than numbers.
-Oliver Cromwell


The truth is lived, not taught.
-Hermann Hesse


Peace if possible, truth at all costs.
-Martin Luther


Truth is the cry of all, but the game of few.
-George Berkeley


Time is precious, but truth is more precious than time.
-Benjamin Disraeli


There is no such source of error as the pursuit of truth.
-Samuel Butler


Rather than love, than money, than fame, give me truth.
-Henry David Thoreau


Truth is on the side of the oppressed.
-Malcolm X


Live truth instead of professing it.
-Elbert Hubbard


There is no truth. There is only perception.
-Gustave Flaubert


Truth is its own defense.
-Phyllis Bottome


It does not require many words to speak the truth.
-Chief Joseph


If the road is easy, you're likely going the wrong way.
-Terry Goodkind


Truth is the only safe ground to stand on.
-Elizabeth Cady Stanton


Never tell the truth to people who are not worthy of it.
-Mark Twain


You never find yourself until you face the truth.
-Pearl Bailey


Fiction is the truth inside the lie.
-Stephen King


Half a truth is often a great lie.
-Benjamin Franklin


Most men would rather deny a hard truth than face it.
-George R.R. Martin


I can be expected to look for truth but not to find it.
-Denis Diderot


The naked truth is always better than the best dressed lie.
-Ann Landers


Truth is the summit of being.
-Ralph Waldo Emerson


Art is the lie that enables us to realize the truth.
-Pablo Picasso


Truth is so rare that it is delightful to tell it.
-Emily Dickinson


Truth is within ourselves.
-Robert Browning


No legacy is so rich as honesty.
-William Shakespeare


Truth has not such an urgent air.
-Nicolas Boileau Despreaux


Anything more than the truth would be too much.
-Robert Frost


There is no truth. Only points of view.
-Edith Sitwell


Truth has very few friends and those few are suicides.
-Antonio Porchia


Truth disappears with the telling of it.
-Lawrence Durrell


Truth is truth to the end of reckoning.
-William Shakespeare


The truth is rarely pure and never simple.
-Oscar Wilde


Repetition does not transform a lie into a truth.
-Franklin D. Roosevelt


The truth has a million faces, but there is only one truth.
-Hermann Hesse


Whatever satisfies the soul is truth.
-Walt Whitman

The utilization of symbolism in King Lear could be found as creature trademark that is connected in the character's exchange to allude to other individual or to represent oneself. At the point when Lear said "Come not between the Dragon and his fury" (I, i, 121), he could be perused as a presumptuous man with loaded with certainty. The utilization of mythical beast as the symbolism indicates incredible power and violence as winged serpent is known as a most intense creature in myth. Whatever satisfies the ___ is truth: Whitman 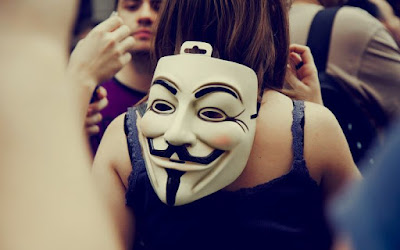